Featured post:
Election day: What could it mean for community heating?

Election day: What could it mean for community heating?

With election day tomorrow and with it the potential for a new Government to be in power for the next 5 years (probably), we take a look at the manifestos of the major running parties and how the policies could affect the district heating sector.

Understanding the key housing and energy policies each of the main parties’ pledge gives an indication of their commitment to the environment and renewables which could potentially affect the adoption of heat networks across the UK.

All aboard for net-zero

Within the 2019 manifestos each party has a priority target to reach net-zero; delivering a carbon free economy, with Green and Labour hoping to reach this within 10 years and the Lib Democrats and Conservatives being a little more relaxed in their approach with a 25-30 year deadline.

Building on the up

Heavily featured for future investments with each party is a large increase in new housing developments. Labour are also pledging to upgrade all current UK homes to the highest energy efficient standards by 2030. The Conservatives are pledging £6.3bn for environmental upgrades to homes including grants for improving boilers and insulation. However, across each of the main party manifestos there is little direct mention of heat from renewable low carbon sources, like district heating.

The Independent Group for Change focus on higher standards for new-build housing, with all new stock built to carbon neutral standards by 2025 and developing a diverse energy base using a range of renewables, including hydrogen and tidal.

Conservatives are pledging £9.2bn to improve the energy efficiency of homes, schools and hospitals and plant 30m trees per year up to 2030. Conservatives will continue to keep the ban fracking, until there is evidence it can be done safely.

Green Party will utilise wind to provide about 70% of the UK’s electricity by 2030, with other renewable energies to provide most of the rest. Green also plan to provide a nationwide insulation programme, covering every UK home that needs it by 2030, with 10 million homes to reach the top energy rating within 10 years.

Labour pledge £400bn towards the national transformation fund, with £250bn of that to be used for energy, transport and environment and £150bn for schools, hospitals and housing. Labour also plan to generate 50% of heat from renewable and low-carbon sources by 2030. Labour will plant over 2bn trees by 2040.

Lib Dems will set out to generate 80% of electricity from renewables by 2030 and continue to keep the ban on fracking. The also pledge £130bn investment in infrastructure, including renewable energy, transport and housing.

Switch2 thoughts on the election pledges

With this being potentially the ‘greenest’ general election on record it could be very positive for community and district heating, which was already well supported by government and a key part of their zero carbon initiatives. Whoever wins the election, will have a mandate to live up to a better and cleaner environment and to take on climate change.

We think that any new Government should continue to actively promote heat networks as a form of delivering sustainable heating whilst addressing fuel poverty.

However, the new Government must make sure that policies for zero carbon homes and the decarbonisation of heating are aligned, which is not the case at the moment.

Heat networks are a low regrets solution due to their inherent flexibility.

Whilst the promoting of District Heating is important it is also clear that resident confidence should be raised by the continued support and promotion of the Heat Network Regulations and issues raised by the Which? Report, CMA investigation and other industry reports. Will the next Government regulate the heat networks rather than leave the industry to regulate itself?

We would like to hear your thoughts; get in touch via the comment box and tell us how you think the new Government can help improve the perceptions of community heating and support the build of new heat networks.

Let’s see what tomorrow will bring… 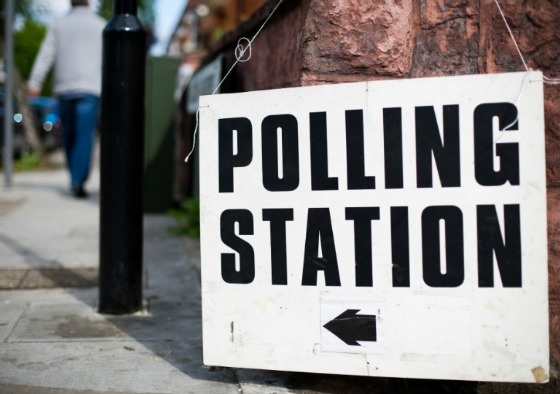