Concern over climate change is sweeping through UK local government. Approximately 282 local authorities having declared a climate emergency. This represents 68% of all UK local authorities. These declarations commit the respective authorities to achieve net zero carbon status by a variety of target dates ranging from 2030 to 2050. There is also variation in what this means – for some it is to achieve net zero carbon for the authority itself whereas others seek to achieve it for their areas. This recognition of the seriousness of the threat of climate change is welcome. However, the test of their commitment will be in delivering net zero carbon.

The key is, of course, a switch to zero carbon energy. There are other sources of greenhouse gas (GHG) emissions, such as agriculture, but it is fossil fuels in energy generation and in end use that has accelerated climate change from the Industrial Revolution onwards. Energy, ubiquitous and often unseen, underpins modern life. There are three main areas that local authorities could address to achieve net zero carbon. Let us consider each in turn.

Decarbonisation of electricity is already well under way. In 2000 only 2.6% came from renewable sources. This jumped to 33% in 2019 half of which came from wind (DUKES 2019). Fossil fuelled power is rapidly being marginalised. However, system flexibility to cope with variable renewables is a major challenge requiring both a huge amount of storage as well as firm generation (such as nuclear) in order to meet it (Imperial College London). But for local authorities switching to renewable sources of electricity is relatively easy and embraced in net zero delivery plans.

Transport is more difficult and now accounts for the largest portion of UK emissions (28%). Rail, aviation and marine transport are outwith the realm of local government whereas road transport, including walking and cycling, are definitely within it. In March the Government set out its plans and is currently undertaking a consultation calling for ideas. However, the assumption is that all light vehicles (cars and vans) will be electrified by 2050. Presently the Government’s focus is on increasing the EV charging infrastructure in parallel with encouraging the manufacture and supply of electric vehicles that will replace existing models in the replacement cycle. Local authorities have a role to play and most are encouraging the roll out of EV charging as part of their net zero delivery plans.

Turning to consider heat, most commentators agree it is the most challenging sector. Currently it accounts for 40% of our energy consumption and a fifth of our emissions (CCC). Not only does decarbonisation require changes to upstream energy sources as well as distribution infrastructure but also to the equipment and layout within buildings. Additionally, there is no ‘one size fits all’ technology that can be applied across the whole country. But rather localised approaches tailored the density and typology of buildings within particular areas and their geographic location. The Government’s Clean Growth Strategy posits three pathways to decarbonise heat:

Each is fraught with risk and uncertainty. Electrifying heat by moving from fossil gas (currently used for 80% of heat) to heat pumps will require an £80 billion investment in upgrading grid capacity including expanding generation capacity by two thirds as well as a further £200 billion in retrofitting building level energy efficiency (research for NIC 2018). This could take up 30 years to deliver.

Moving to hydrogen (assumed to be produced by steam methane reformation in conjunction with CCS) is found by Imperial College researchers to be the most costly and uncertain pathway. As production plant including CCS will need to be built the Committee on Climate Change anticipates that it will not be widely available until the mid-2030’s.

The Committee also identifies CCS as a key technology and calls for a decision on its future to be made now if we are to achieve net zero carbon by 2050 (Scotland 2045, Wales 2055). Yet there is no CCS capacity currently in the UK, it is under development and it will have to be built from scratch.

The Government is due to publish its Heat & Buildings Strategy later this autumn that will provide some sort of national direction. The likelihood is that it will be a mix of pathways. But what can local authorities do to hedge between the different pathways and avoid a lock-in?

Heat networks are the most interesting in that they offer multiple cross-cutting benefits.

Aside from these technical features they are most likely to provide a socially just decarbonisation pathway. Research for the National Infrastructure Commission found that all pathways will result in higher costs of heat for customers. However, it identified heat networks as “a low regrets option with the potential to reduce carbon emissions at low or negative cost as part of any pathway” (P4).

Technology flexibility, integration with the power grid and social justice may be why the Government’s Clean Growth Strategy assumed that one in five of all buildings will be connected to a heat network by 2050 under all pathways.

But most importantly they can be done now. Local authorities have been identified as key to their development. Unlike other local actors hey have an area wide remit, they have can influence the type and shape of building development – and hence demand for heat – through their planning polices, and can act as an anchor for any new heat network through the buildings they control or can influence. There is specialist support available through the Heat Network Delivery Unit (HNDU) and the Heat Network Partnership in Scotland. HNDU has a pipeline of over 100 projects it is supporting. Furthermore, capital support is available through the Heat Network Investment Project (in England & Wales) and the District Heating Loan Fund in Scotland. Additionally, on 1st October Salix launched its Public Sector Decarbonisation Fund with grants available to connect public buildings in England.

Using these tools to incorporate the development of heat networks into local net zero delivery plans local authorities can begin the tackle the thorniest of problems in addressing the climate emergency. 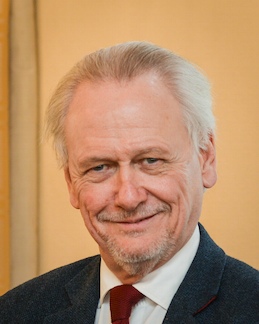 Director, District Energy Development. Michael provides strategic advice on the development and delivery of district energy projects. Based on 20 years experience of specific project delivery and working with government agencies on capital and support programmes. Author of project development guidance materials for district energy developers in UK and USA.